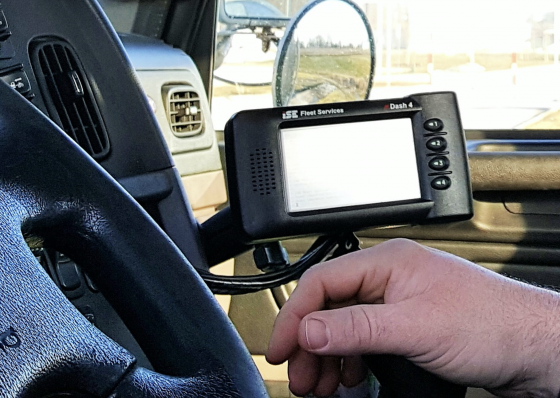 Enforcers will begin issuing out-of-service orders on April 1 to drivers who are found in violation of the U.S. DOT’s electronic logging device mandate. And in a media update this week, the Federal Motor Carrier Safety Administration briefly detailed what the out-of-service and return-to-duty status procedures will be once hard enforcement of the mandate begins.

If you incurred a 395.8(a) prior to April 1 simply for not having an ELD record and you were keeping paper logs, challenge it through …

In two weeks, however, truckers cited for ELD non-compliance will be placed out of service for 10 hours. “Just the same as a driver who previously didn’t have a paper log,” said Joe DeLorenzo, FMCSA’s head of compliance and enforcement. “Once that 10-hour period is up, assuming the driver has at least a paper log, we’re going to provide flexibility for that driver to proceed to their final destination and deliver their load.”

Delorenzo said, after returning to duty, the driver must “be compliant with the ELD rule before being dispatched on their next trip.”

Since December 18, inspectors have been noting ELD violations on inspection reports, says Delorenzo, despite the soft enforcement period. “Of all inspections,” he says, “only four percent [of inspected drivers] have been cited for not having an ELD when required to.”

The agency’s media update on Tuesday mostly centered on the agency’s announcement that livestock and ag haulers now have until June 18 to adopt an ELD. In the meantime, they can continue to run on paper logs.