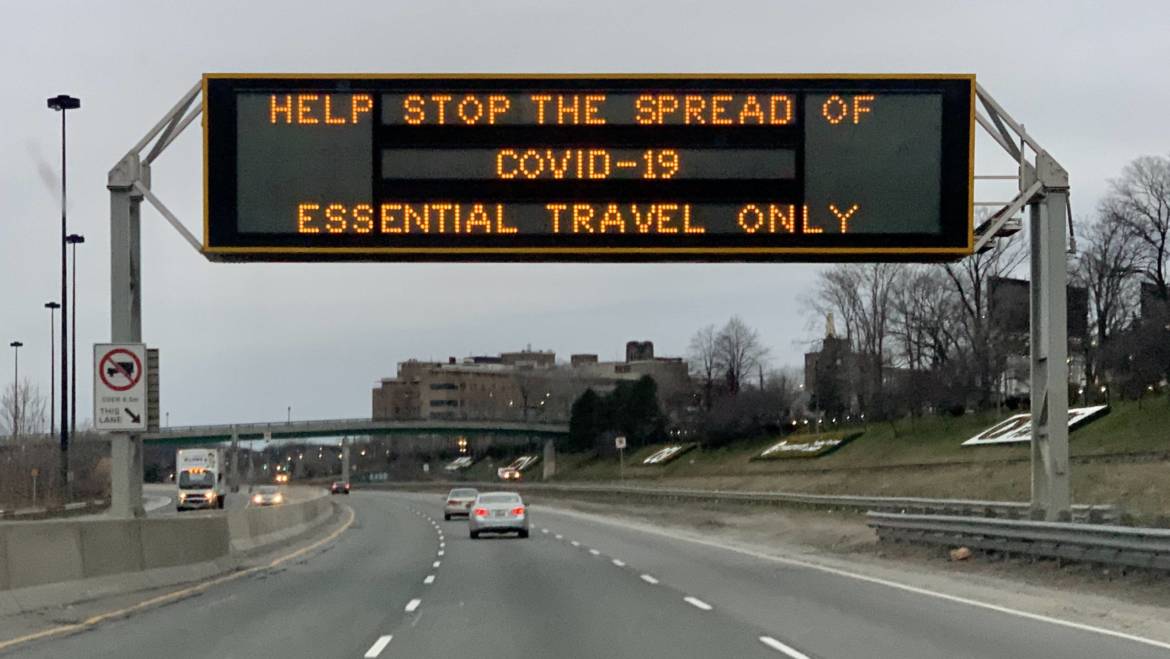 As people across the U.S. shelter in place to contain the novel coronavirus, the nation’s truck drivers continue to traverse the country, transporting goods — but the landscape they’re experiencing is radically different post-virus.

“Everything just changed so drastically where we’re showing up to facilities and they’re checking our temperature,” truck driver Josh Rickards told Yahoo Finance’s “On The Move” this week.

Rickards, who’s been driving a big rig for 15 years, said he’s never seen anything like what he’s witnessed during the coronavirus pandemic. He owns a fleet of three trucks and described how panic buying of items like toilet paper looked like from his perspective, as customers wiped out supermarket shelves “seemingly overnight.”

Yahoo Finance caught up with him in the midst of a six-week stint on the road where he stopped in Arizona for an interview describing his new reality — which includes virtually no human contact.

The shippers and receivers he deals with are fearful. Some facilities he visited are going out of their way to avoid drivers, posting information on the intercom window so they don’t interact directly, while others leave paperwork for him outside. He’s even had to complete health forms at some warehouses.

During the initial phase of the pandemic, Rickards said he was working non-stop as businesses fought to keep the supply chain wheels spinning. But that’s all changed. As of last Friday, Rickards said, his business has “fallen off a cliff” much like the rest of the country.

“As this started to unfold and job losses were happening and people were becoming unemployed, even some friends and family of my own have been calling me and, you know, asking, hey, do you have any work?”

But even a tight labor market can’t convince the drivers who lease under his authority to take a job that requires them to travel to New York City — the epicenter of the virus in the U.S.

“I mean, no one really wants to go there. Everyone’s afraid of going there and being in a position where they actually contract the virus themselves.”