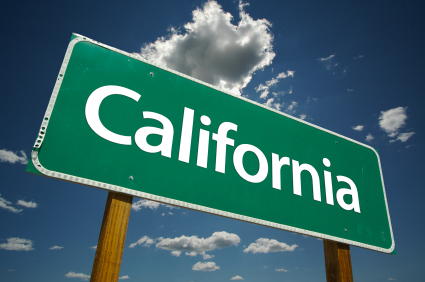 The Western States Trucking Association plans to challenge a California Supreme Court ruling that it says will effectively end the use of trucking owner-operators in the state.

In the landmark Dynamex Operations West Inc. v. The Superior Court of Los Angeles County decision, the state Supreme Court ruled that certain workers, in particular transportation drivers, should be presumed employees instead of independent contractors when evaluating wage and hour classification in class action cases.

The court found that Dynamex, a courier and delivery service, had misclassified its couriers as independent contractors in order to cut costs. The court noted that “the misclassification of workers as independent contractors rather than employees is a very serious problem, depriving federal and state governments of billions of dollars in tax revenue and millions of workers of the labor law protections to which they are entitled.”

The court ruled that going forward, in order to be classified as an independent contractor, the burden of proof is on the company doing the classifying, to make sure the classification is proper under the newly adopted ABC test:

B: that the worker performs work that is outside the usual course of the hiring entity’s business; and

C: that the worker is customarily engaged in an independently established trade, occupation, or business of the same nature as the work performed.

“Most legal analysis of the ruling agrees the ABC test sets an impossible standard for most of our members to meet,” said the WSTA in an announcement to members.

It’s Part B, Mynko said, that “may represent an insurmountable hurdle for trucking companies to satisfy…. trucking companies may try to make the pitch that when dealing with owner operators, they are acting more like brokers than trucking companies. But I think that argument has about a snowball’s chance in hell in California.”

Current legislation at the federal level, known as the Denham Amendment, offered by Rep. Jeff Denham (R-CA) and two other lawmakers, would exempt carriers from complying with state laws that require employers to provide paid meal and rest breaks to employees. It also would preempt state rules on misclassification of truck drivers, Mynko said.

At issue is the concept of “preemption” of federal laws by the states. The preemption issue was thought to have been legislatively decided back in 1994 through passage of the Federal Aviation Authority Authorization Act, known as “F-4A.” And it’s this preemption issue that will be the basis of the Western States Trucking Association’s challenge, according to Joe Rajkovacz, director of governmental affairs and communications.

Rajkovacz told HDT that in 2016, another federal court, the First Circuit Court of Appeals, ruled in favor of trucking and delivery companies in a case challenging Massachusetts’ ABC test. That reinforced the preemption power of the FAAAA within the First Circuit, even when the state law at issue has only an indirect effect on prices, routes, or services.

Even if the Ninth Circuit Court of Appeals rules against the WSTA’s challenge, Rajkovacz said, the fact that two federal courts had ruled differently would set the case up as a potential issue to be heard by the U.S. Supreme Court.

“There’s not a lawyer worth his salt that doesn’t say this effectively ends the use of independent contractors in California,” Rajkovacz said. “Without this kind of federal intervention it’s over for the use of owner-operators.”

The impact of the ruling is already rippling outward like a large stone thrown into a lake. For instance, Rajkovacz said, language has been added to a recent bill that would hold retailers liable for employee misclassification adding the ABC test to the legislation.