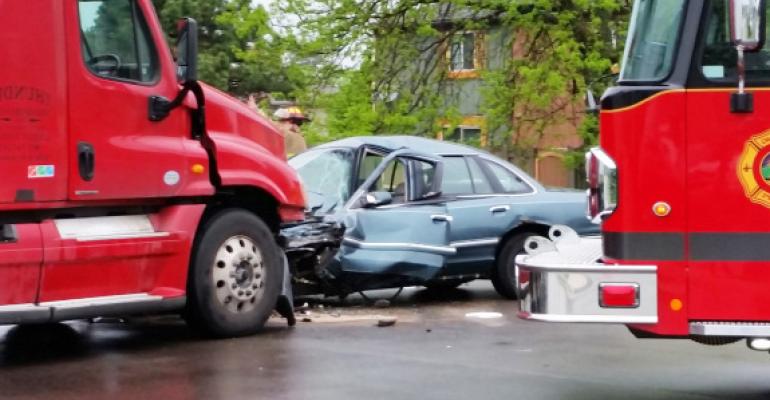 Knowing What to Do After a Highway Accident Occurs

For any driver, being involved in an accident can be a terrifying experience.

For truckers, the incident could hurt his or her ability to earn a living. Likewise, a fleet could face a lawsuit that drags on for years – whether justified or not. Those are some of the reasons why carriers must be prepared to react after any accident occurs, two partners with the law firm Smith Moore Leatherwood LLP said during a March 20 webinar.

Jack Riordan and Kurt Rozelsky recommended carriers have an accident response team ready to go, where ever the incident happened. That includes potentially keeping a hazardous materials crew on call that could help cut costs, rather than one selected by the local highway patrol.

“It’s always good to have someone you know out on the scene to assist,” said Riordan.

He recommended maintaining a packed bag containing a camera, safety vest, flashlight, and Federal Motor Carrier Safety Administration rule book to bring along to the scene.

Beyond the legal aspects of an investigation, Rozelsky stressed the importance of simply checking in with the truck driver involved in the accident, and informing that person a plan is in motion to assist them. Long after an accident has happened, Rozelsky said he has heard from drivers “that the most important thing is that you showed up at the scene and kept me calm that night.”

His advice for truckers is that they should be cooperative with the police, but not be afraid to wait for a lawyer or fleet representative to arrive.

The attorneys also said fleets should act quickly to know what technology was installed on the specific vehicle, and understand who controls the data. For example, there have been cases where dashboard video initially existed, but the accident footage was lost because no one stopped the recording loop.

The use of electronic logging devices will reduce the chances of an hours-of-service dispute, but the attorneys said mistakes happen. As long as it is done truthfully, drivers can legally correct their logs, even after an accident.

The attorneys also detailed how careful documentation at the time of the accident could become valuable years later. Roads and landmarks change over time, and construction zones come and go. They said highway signs generally have a date on the back indicating when they were installed, which can help accurately detail what the scene looked like at the time of the accident.

The attorneys also stressed always following established company policies, noting that any diversion following an accident could be an invitation for plaintiffs to try to convince a jury the fleet was trying to hide details.